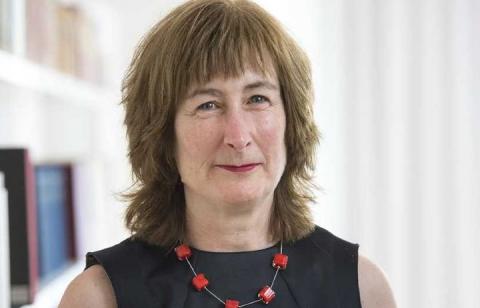 CEU's Department of Medieval Studies and Department of History are very pleased to announce that the 2020/21 Natalie Zemon Davis Annual Lectures will be delivered by Lyndal Roper, Regius Professor of History at Oriel College, Oxford, the first woman to ever hold the post. Professor Roper will deliver three individual lectures under the title, "Manhood, Revolt and Emotion: The German Peasants’ War 1524-6."

The lectures will take place on Zoom on March 1, 2 and 3, 2021, at 5:30 p.m. CET. Please, note that pre-registration is required to attend the event. Click here to register. Registration deadline: February 25.

The German Peasants' War of 1524/5 was the biggest popular uprising in Western Europe before the French Revolution. It altered the course of the Lutheran Reformation and made it far more conservative. Thousands were slain as the revolt was suppressed. Despite its importance, the Peasants’ War has largely fallen out of modern memory. The world-wide celebrations of the 500 years of the Reformation in 2017 had little to say about it, and yet, its place in historiography encapsulates the political divisions between East and West: until 1989, Thomas Müntzer remained the hero of East Germany, while the former West celebrated Luther. This is why understanding the revolt and its legacies is so important today, over a generation since the fall of the so-called Iron Curtain.

If we are to understand what made people risk everything to engage in rebellion, we need to think about their emotions and to understand theology differently. This lecture outlines the emotional patterns of the Peasants' War and asks how they can help explain what happened.

The watchword of the Peasants’ War was ‘brotherly love’. Oaths of loyalty, which only men could swear, held the movement together; and peasant activists roamed the land calling on villages to join the ‘brotherhood’. But could women be brothers? Was the peasants’ fraternal egalitarianism a male language, and what role did manhood play in the movement’s ideals and values?

Contemporaries almost universally referred to the War as the ‘Aufruhr’, the turbulence. In his infamous condemnation of the Peasants, Luther used the word six times in the key paragraph. Aufruhr must be punished, and those involved ‘slain like mad dogs’. This lecture draws on ideas from fluid mechanics to understand why contemporaries experienced the war as ‘turbulence’, exploring where, when and how peasants moved and formed bands. It concludes with a discussion of Dürer’s Dream of 1525.

Lyndal Roper was born in Melbourne, Australia and did her undergraduate degree at the University of Melbourne. From there she went to Tübingen where she studied with Professor Heiko Oberman and with Dr Ingrid Bátori. She met Bob Scribner who was driving from archive to archive in his camper van and moved to London to do her doctorate under his supervision. She has worked at King’s College London; Royal Holloway, University of London; Balliol College Oxford and is now Regius Professor of History, the first woman to hold the post. She has published on the history of the Reformation and gender relations, sexuality, witchcraft, and has written a best-selling biography of Martin Luther.