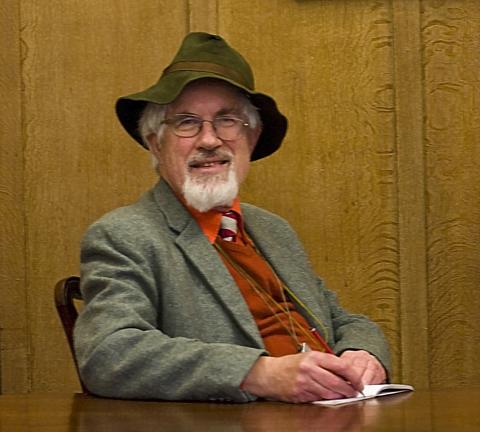 Botanist and historian of the countryside, Oliver Rackham passed away suddenly at the age of 75. Rackham had a life-long association with Corpus Christi College, Cambridge, where he was Master of College in 2007-2008, Life Fellow and Keeper of the College Silver. Students of the Dept. of Medieval Studies CEU had the opportunity to take part in a course offered jointly by prof. Rackham and Péter Szabó on the Historical ecology of woods and Forests in the spring of 2012.

Oliver Rackham was the founding father of historical ecology. His seminal books (Trees and Woodland in the British Landscape – 1976, Ancient Woodland: Its History, Vegetation and Uses in England – 1980, The History of the Countryside – 1986) opened completely new ways of understanding current landscapes in the context of their history. He was a true polyhistor, equally comfortable with and knowledgeable about medieval account books, the herb layer of lime woods and the architectural details of 15th-century timber-framed houses. By the standards of the average academic, he was unbelievably influential. His work (together with that of George Peterken) changed the entire forestry policy of the UK. He had that rare gift of a sharp intellect combined with powerful communication tools. His prose is always crystal clear, witty but at the same time scientifically meticulous. Besides his work on England, he studied Mediterranean landscapes (particularly Crete) from the 1960s onwards and in his later years he extended his research focus to include such faraway regions as Australia, Texas or Japan. Show him any landscape and he would open your eyes to things you had failed to see before. He was an unforgettable character, the archetypal Cambridge Don with his long grey hair, orange shirt, eccentric hat and lovely sense of humour. He will be greatly missed.