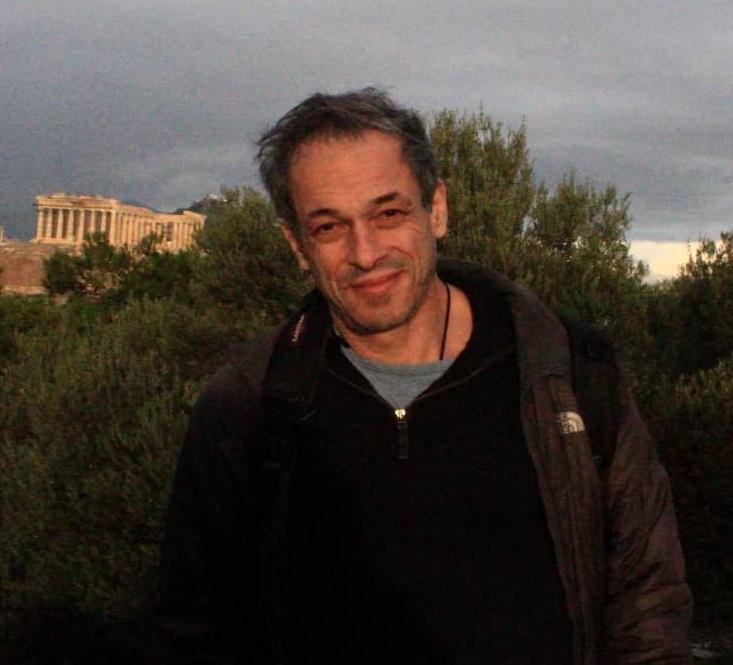 István Perczel studied Ancient Greek, Ancient Philosophy and Patristics from Judit Horváth, Kornél Steiger, Dániel Bíró and Katalin Vidrányi. Together with Judit Horváth, he translated a significant part of Plotinus' Enneads into Hungarian, which was published in 1986.  Between 1990 and 1994 he was a visiting lecturer at the University of Pécs, at the Department of Literature.

He earned his Candidatus Scientiae degree in 1995 at the Hungarian Academy of Sciences. Since 1994 he has been teaching - with extensive research breaks - at CEU.

After Plotinus, his interest turned toward the emblematic work of the encounter of Christianity with Platonist philosophy, the Corpus ascribed to Dionysius the Areopagite. His aim was to determine the milieu, the message and the aim of this body of writings, whose interpretation has remained so controversial during fifteen centuries that it has given and still gives rise to the most contradictory views. In fact, scholars are not able to agree even on the basics, for example on the question whether the author was a pagan or a Christian. Perczel was the first to propose that the Corpus is the product of a Christian Platonist movement, which was condemned as heresy in the mid-sixth century under the name "Origenism". In a series of studies he proposed a new deciphering of the Corpus and a new history of the semi-heresy called "Origenism."

In the year 2000 he initiated an international project to survey, digitise and catalogue the manuscript heritage of the Indian Syrian Christians, an eight million-strong community who claim apostolic origin and have lived and practiced their religion in India longtime before the European colonial and missionary expansion. This project, which is still going on, has yielded the discovery and digitisation of over 1,200 Syriac manuscripts, a number of Garshuni Malayalam manuscripts (Garshuni Malayalam being a mixed alphabet using Syriac and Old Malayalam characters - see https://www.degruyter.com/document/doi/10.31826/hug-2015-170115/html?lan...), thousands of palm-leaf documents and manuscripts in diverse Malayalam scripts and the discovery of hitherto unknown historical, literary and documentary texts shedding new light on the communal, political, religious and cultural history of this community. In order to direct the field work, in 2004 he temporarily moved to the Oriental Institute of the University of Tübingen for a five-year research project financed by the Deutsche Forschungsgemeinschaft (under the leadership of Stephen Gerö). So he spent most of the years 2005-09 in India, organising the team working there.

In 2009-10 he spent one year as a research fellow in the Institute for Advanced Studies at the Hebrew University in Jerusalem, working on sixth-century Palestinian monasticism. During this time he also studied Ktobonoyo (Classical Syriac spoken and written) from Abuna Mushe, a great scholar (malphono) of Syriac at St Mark Monastery in the Old City of Jerusalem.

At CEU he is teaching courses of Syriac text reading and also thematic classes on the history of late antique philosophy, early Christian theology as well as Byzantine and Eastern Christian narrative sources. From 2010 to 2019 he was giving regular courses of Classical Syriac, putting into practice the methodology learnt from Abuna Mushe. Now this task has been taken over by Malphono Ephrem Aboud Ishac.

He has supervised a number of Ph.D. theses in a wide range of subjects, from among which there issued some groundbreaking publications, such as György Heidl's Origen’s Influence on the Young Augustine: A Chapter of the History of Origenism (Piscataway NJ, 2003), Levan Gigineishvili's  The Platonic Theology of Ioanne Petritsi (Piscataway NJ, 2007), Zaroui Pogossian's  The Letter of Love and Concord: A Revised Diplomatic Edition with Historical and Textual Comments and English Translation (Leiden, 2010), and Eszter Spät's Late Antique Motifs in Yezidi Oral Tradition (Piscataway, NJ, 2010).

He has held a number of fellowships in Leuven, Washington, Athens, Berlin, Trento, Princeton, Jerusalem and Bochum, he was visiting professor in Paris and Halifax NS as well as Kottayam, Kalady and Bangalore in India.

Projects with involvement of István Perczel