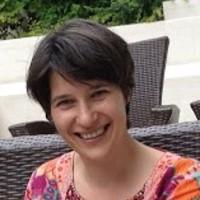 Ildikó Csepregi (1975) studied Classics and medieval studies, earned her doctorate from the Central European University and the European Doctorate title from the Università Ca’ Foscari, Venice. In the past ten years she has been working on the transformation of the practice of temple sleep (incubation) and published on various aspects of non-medical healing. Her research fields include: illness interpretations, illness narratives, ritual healing, miracle accounts, the hagiography of doctor saints, dreams and the formation of healing cults. Before joining the ESF/Otka project, she has been a research fellow at Harvard University (Dumbarton Oaks), where she prepared her book for publication by CUP (Temple Sleep in Byzantium).