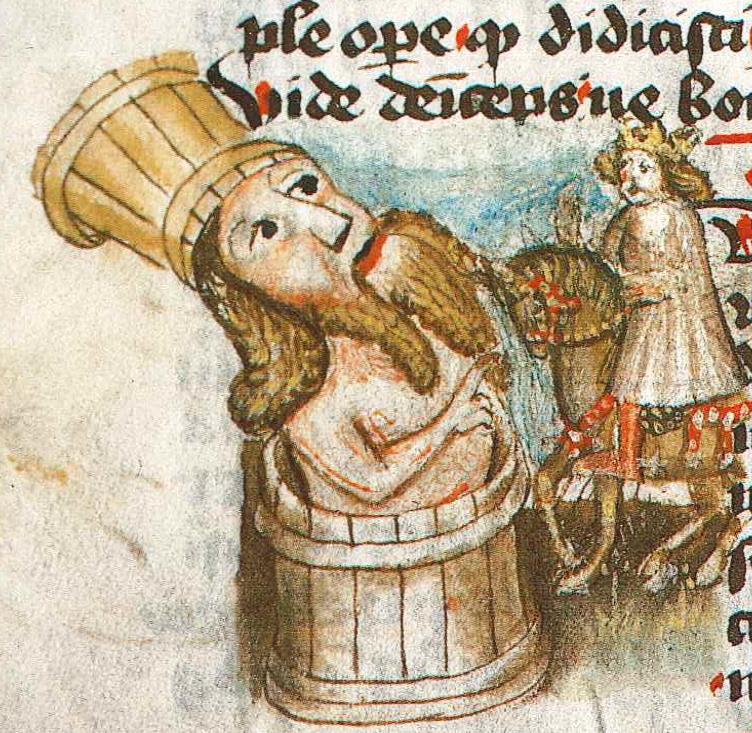 The interest in the easy accessible knowledge about ancient Greece and Rome was very present in medieval Central Europe and grown significantly after foundations of first universities in this region during second half of 14th century (Prague 1348; Cracow 1364; Vienna 1365; Pecs 1367). To satisfy this hunger, the spread of the compressed and simplified digests rises up. In this context, we can observe significant success of four literary works (Liber de moribus hominum et officiis nobilium sive super ludum scaccorum written by Jacobus de Cessolis, John of Wales Breviloquium de virtutibus antiquorum principum et philosophorum, collection Gesta Romanorum, and Pseudo-Burley’s Liber de vita et moribus philosophorum). All these collections are retelling the ancient history through stories, tales and exempla and found a significant spread in medieval Central Europe, what could witness high number of the manuscripts surviving until today. These works were adapted and simplified in their Latin version, which could be localized in Central Europe and soon or later, they were also translated or rather adapted in vernacular (for instance in Czech). On the example of Bohemia we can observe, how these works were red and adopted in this area. The analyze of surviving manuscripts enable to determinate a number of significant features of the bohemian copies and vernacular adaptations as well as its interpretation as the example of the translocation of antiquity in the medieval literature in a given region. The lecture and seminar will present, how the reading of these literary works could contribute to better calibrated interpretation of the regional cultural history.

Václav Žůrek received his PhD in Medieval History from Charles University in Prague and Ecole des Hautes Etudes en Sciences Sociales in Paris. His dissertation deals with strategies of monarchical legitimacy in France and Czech lands under dynasty of Valois and Luxembourg. He is now a researcher at the Centre for medieval studies (Institute of Philosophy), Academy of Sciences of the Czech Republic, Prague and post-doctoral fellow on Faculty of Arts at the Charles University in Prague. He publishes about coronation ritual, on the legitimization of royal power in the fourteenth century France and Bohemia and the Emperor Charles IV of Luxembourg. He has published book about Emperor Charles IV (NLN 2018) and also co-edited an international volume on the Luxembourgs (Böhlau, 2017), the book based on dissertation is in preparation. Recently he is working on the reception of best-seller works, especially Jacobus de Cessolis Book of the Chess in medieval Bohemia.