Soul, Body and the Resurrection: Phaedo 66b-c in Plotinus and the Christian Platonist Tradition 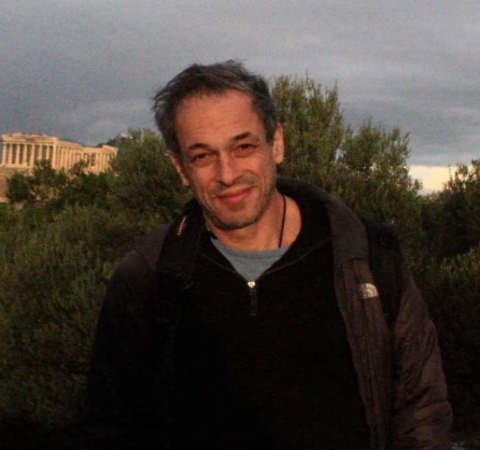 On Monday 31 October, our faculty member István Perczel will discuss the Soul, Body and the Resurrection: Phaedo 66b-c in Plotinus and the Christian Platonist Tradition.

The lecture will be in hybrid mode. It will consider how the teaching of the Phaedo on the soul being an entity independent from the body was received by Plotinus, and how this reception reverberated in such authors as Pseudo-Dionysius (late fifth c.), Pseudo-Caesarius (mid-sixth c.), the Byzantine mystic Symeon the New Theologian (d. 1022), and the Byzantine philosopher John Italus (d. after 1082).

István Perczel studied Ancient Greek, Ancient Philosophy and Patristics from Judit Horváth, Kornél Steiger, Dániel Bíró and Katalin Vidrányi. Together with Judit Horváth, he translated a significant part of Plotinus' Enneads into Hungarian, which was published in 1986. He earned his Candidatus Scientiae degree in 1995 at the Hungarian Academy of Sciences. Since 1994 he has been teaching - with extensive research breaks - at CEU.

He teaches courses of Syriac text reading and athematic classes on the history of late antique philosophy, early Christian theology as well as Byzantine and Eastern Christian narrative sources, and has supervised a number of Ph.D. theses in a wide range of subjects, from among which there issued some groundbreaking publications, such as György Heidl's Origen’s Influence on the Young Augustine: A Chapter of the History of Origenism (Piscataway NJ, 2003), Levan Gigineishvili's  The Platonic Theology of Ioanne Petritsi (Piscataway NJ, 2007), Zaroui Pogossian's  The Letter of Love and Concord: A Revised Diplomatic Edition with Historical and Textual Comments and English Translation (Leiden, 2010), and Eszter Spät's Late Antique Motifs in Yezidi Oral Tradition (Piscataway, NJ, 2010).