The Reception of Syriac Scientific and Exegetical Texts in Early Medieval Jewish Literature. 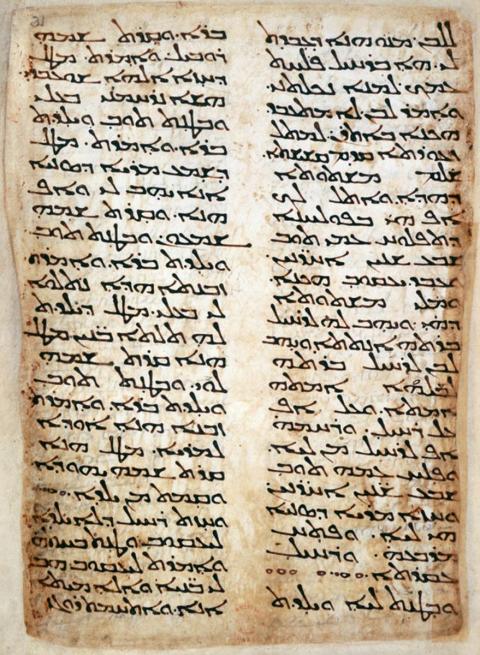 The Reception of Syriac Scientific and Exegetical Texts in Early Medieval Jewish Literature.

Syriac was the leading language of culture in the Middle East after the Arab conquest, but before the emergence of Arabic medical and scientific literature in the ninth century. Some Jewish intellectuals learned Syriac and utilized Syriac medical, scientific, and theological sources in their own works.

In this lecture, two important examples will be discussed:

(1) The earliest Hebrew medical encyclopedia, the Book of Remedies (or Sefer Asaf, “Book of Asaf”) composed in the 750s, probably in Iran, which was partly based on the medical works of Shem‘on de-Taybuteh, a Syriac author who lived in the monastery of Rabban-Shapur, southwestern Iran in the 680s and 690s.
(2) Da’ud al-Muqammas’s Judeo-Arabic commentary on the biblical creation narrative (mid-ninth century), which was based on the hexaemeron-literature of Miaphysite authors, especially Jacob of Edessa’s Hexaemeron (ca. 708). Da’ud al-Muqammas’s work was read by Saadia Gaon (882-942) and Jacob al-Qirqisani (ca. 890- ca.960), and had a significant impact on the Jewish biblical exegesis of the High Middle Ages, including the works of Abraham Ibn Ezra (ca. 1089-ca. 1161), and Moses Maimonides (1138-1204).

Tamás Visi is Associate Professor at the Kurt and Ursula Schubert Center for Jewish Studies at Palacký University, Olomouc, Czech Republic. He earned his doctorate at the Medieval Studies Department, CEU in 2006 (“The Early Ibn Ezra Supercommentaries,” supervisor: György Geréby). Recent publications: “The ‘Meteorological’ Interpretation of the Creation Narrative from John Philoponus to Saadia Gaon,” Aleph 21 (2021): 209-278; “The Chronology of John the Baptist and the Crucifixion of Jesus of Nazareth,” Journal for the Study of the Historical Jesus 18 (2020): 3-34; “Jewish Physicians in Late Medieval Ashkenaz,” Social History of Medicine 32 (2019): 670-690.

The lecture will also be shown online. For in person attendance (if you are not a member of CEU) please email medstud@ceu.edu to register. For online attendance, please email the same address to receive the zoom link.

The full program for the Fall lecture series is available here.