Giles Constable, friend of CEU's Department of Medieval Studies, Passes Away at the Age of 91 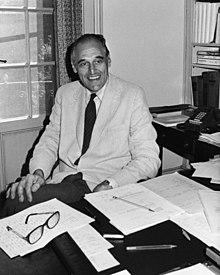 Giles Constable, an outstanding scholar of great international reputation, a true friend of CEU's Department of Medieval Studies passed away on January 17, 2021 at the age of 91. He was a member of Harvard University’s History Department, where he held the Henry Charles Lea chair in Medieval History from 1966 to 1977. After more than two decades of his teaching at this important study center, he was directing the Dumbarton Oaks Research Library and Collection from 1977 to 1984. Later, he joined the Institute for Advanced Study, Princeton, where he was professor and later professor emeritus of Medieval History. He was elected fellow and later President of the Medieval Academy of America from 1987 - 1990. In all these positions he has demonstrated his brilliant skills in teaching, his dedication and hard work as a leader of institutions and medievalist organizations. He has been invited by CEU to act as the chair of the expert committee (consisting of Dale Kinney and Paul Szarmach) to help the development of our PhD program in Medieval Studies. With his invaluable advice and with the critical evaluation of our teaching activity in Budapest the PhD in Medieval Studies, the first PhD program at CEU was successfully accredited in the US. With his broad knowledge in different areas of medieval studies, he also took part in the evaluation of PhD dissertations at CEU, and chaired sessions in international conferences with the participation of faculty members and graduate students from CEU. He was member of the editorial board for the Central European Medieval Text series, a bilingual (Latin and English) source edition series published by CEU Press. His outstanding work in monastic studies, religious and intellectual history will always be remembered in study centers of the Middle Ages, in Cluny (France), a medieval monastic city, which has been enriched by his donation of his personal library and by the restoration of a wonderful medieval building. And he is also remembered by alumni and faculty members of this department for his continuous support from the very beginning of our scholarly and educational enterprise.