New Publication by Katalin Szende: Trust, Authority, and the Written Word in the Royal Towns of Medieval Hungary 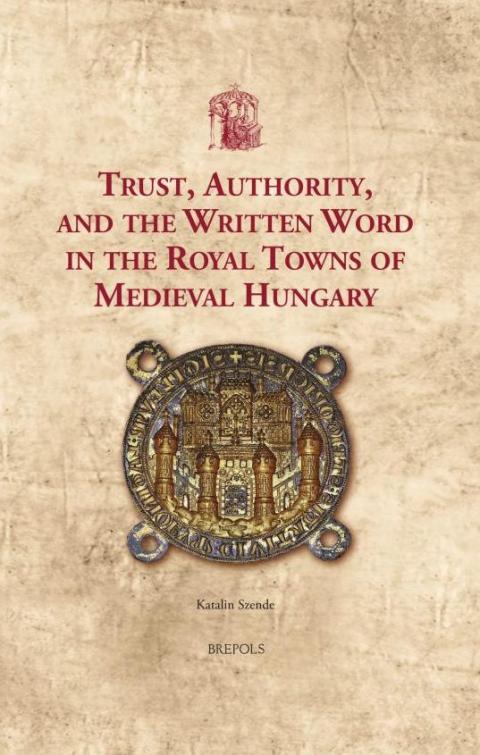 Katalin Szende, head and faculty member of our department, has recently published a book at Brepols.

"A comprehensive overview of the formation of urban pragmatic literacy in the medieval Kingdom of Hungary.

This book is the first comprehensive overview of how written administration was established in the royal towns of medieval Hungary. Using the conceptual framework of trust and authority, the volume sheds light on the growing complexity of urban society and the impact that the various uses of writing had on managing this society, both by the king and by the local magistrates. The present survey and analysis of a broad range of surviving sources reveals that trust in administrative literacy was built up gradually, through a series of decisive and chronologically distinct steps. These included the acquisition of an authentic seal; the appointment of a clerk or notary; setting up a writing office; drawing up town books; and, finally, establishing an archive from the assemblage of collected documents.

Although the development of literacy in Hungarian towns has its own history, the questions posed by the study are not unlike those raised for other towns of medieval Europe. For instance, both the gradually increasing use of various vernaculars and the controversial role of writing in Jewish-Christian contacts can be meaningfully compared with similar processes elsewhere. The study of Central European towns can therefore be used both to broaden seemingly disparate research frameworks and to contribute to studies that take a more general approach to Europe and beyond."