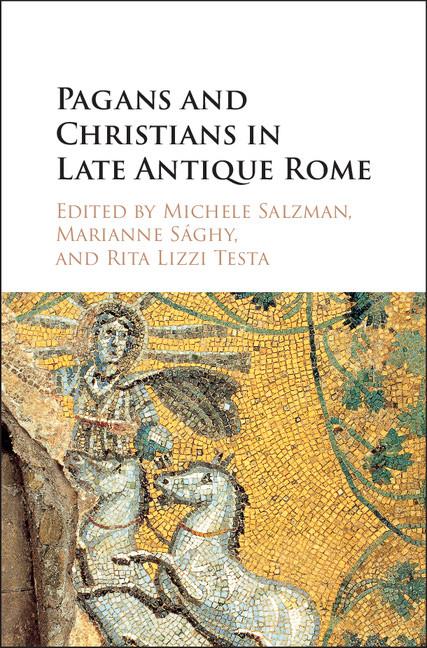 We are proud to announce that the book Pagans and Christians in Late Antique Rome - Conflict, Competition, and Coexistence in the Fourth Century, edited partly by our faculty member Marianne Sághy, has been published at Cambridge University Press.

This book sheds new light on the religious and consequently social changes taking place in late antique Rome. The essays in this volume argue that the once-dominant notion of pagan-Christian religious conflict cannot fully explain the texts and artifacts, as well as the social, religious, and political realities of late antique Rome. Together, the essays demonstrate that the fourth-century city was a more fluid, vibrant, and complex place than was previously thought. Competition between diverse groups in Roman society - be it pagans with Christians, Christians with Christians, or pagans with pagans - did create tensions and hostility, but it also allowed for coexistence and reduced the likelihood of overt violent, physical conflict. Competition and coexistence, along with conflict, emerge as still central paradigms for those who seek to understand the transformations of Rome from the age of Constantine through the early fifth century.

The volume will be presented at Instituto Balassi (Rome) at 6 pm, on Sept. 19, 2016 )see attached invitation).

Link:
The book at CUP
Attachment: