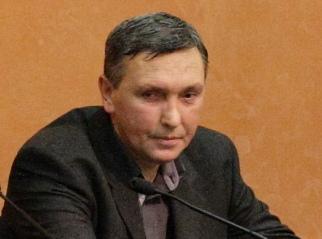 Zoran Ladić graduated in the Medieval Studies PhD program in 2002. From 1989 he is employed as assistant-research fellow at the Department for Historical Sciences of the Croatian Academy of Sciences and Arts in Zagreb, where his current position is research coordinator. The field of his professional interest is medieval and early modern Croatian and European history, in particular the aspects of everyday life, social and religious history of the medieval and early modern Istrian and Dalmatian communes. He also works on critical editions of Croatian medieval and early modern Latin and Glagolitic sources. From 2007 to 2010 he was the head researcher of the project Latin and Glagolitic Sources for the Research of Population and Daily Life, now he is associate researcher in the project Medieval Istria: the Region of Unity and Contrast (from the Sixth to the Sixteenth Century) (head researcher Ivan Jurković). He published few books and numerous articles on medieval and early modern Croatian history. He participated at various medieval congresses in Croatia as well as in Europe. Currently, he is working on critical edition of the oldest preserved Latin notary book from Poreč in Istria, written by the notary Anthony de Teodoris in the middle of the fifteenth century as well as in the project of the Croatian Academy of Sciences and Arts entitled Acta Croatica.