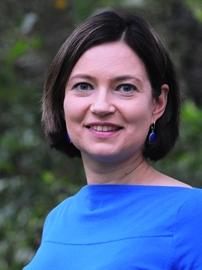 Emilia Jamroziak received her M.A. in Medieval Studies from CEU in 1997 and went on to gain PhD from the University of Leeds in 2001 where currently she is now Professor of Medieval Religious History. She also held a lectureship in medieval history at the University of Southampton, a post of Research Officer at the Centre for Metropolitan History, University of London and was a Postdoctoral Research Fellowship in the School of History and Classics, University of Edinburgh. She joined the University of Leeds in September 2005 and was promoted to Senior Lecturer in 2008. Her research focuses on the interactions between religious institutions, especially Cistercian monasteries and the laity from the twelfth to the early sixteenth century in Britain, Central Europe, Scandinavia and the Baltic. In 2003 she held a fellowship at the Geisteswissenschaftliche Zentrum Geschichte und Kultur Ostmitteleuropas and in spring 2009 she was a fellow at the Forschungsstelle für Vergleichende Ordensgeschichte. Her publications include three monographs (Rievaulx Abbey and its Social Context in 2005, Survival and Success on Medieval Borders in 2011 and The Cistercian Order in Medieval Europe 1090–1500 in 2013) and two collected volumes (Religious and Laity in Northern Europe 1000–1400 in 2007 with Janet Burton and Monasteries on the Borders of Medieval Europe in 2013 with Karen Stöber). Currently she is director of the Institute of Medieval Studies at Leeds University, and a professor of religious history.