The Cultural Heritage Program is organized, developed and administered by a program committee formed by faculty members from different academic disciplines and units. This form of organization has been created in order to achieve the main goals of the program, a multi-disciplinary MA program with the active involvement of various fields related to cultural heritage (historical studies, cultural anthropology and sociology, humanities, environmental studies and policy, public policy, business and management studies, etc.). 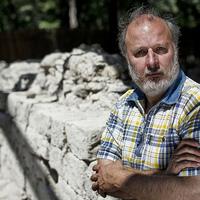 József Laszlovszky
Program Director
Professor at the Department of Medieval Studies
Professor József Laszlovszky obtained his PhD in History (Hungarian Academy of Sciences), and he holds two MAs in History and Archaeology (Eötvös Loránd University, Budapest).
His Cultural Heritage related activity covers a broad area. He organized a number of summer schools in various topics, such as Cultural Heritage in Danger; Documentation and Reconstruction of Cultural Heritage; People and Nature in Historical Perspective; From Holy War to Peaceful Co-habitation. Diversity of Crusading and the Military Orders). He was a convener in the nomination of Visegrád as a UNESCO World Heritage Site, and the author and editor of volumes on the royal palace there. He was a project team leader of the Jaya Koh Ker Heritage Project in Cambodia. One of his major current projects concerns the research and management of the complex cultural and environmental heritage site Pomáz-Nagykovácsi-puszta.

Professor Laszlovszky teaches introductory courses on research management and resources, on cultural heritage in Budapest, on various aspects of environmental heritage, and he has been organizing academic field trips for students of the CEU for two decades. 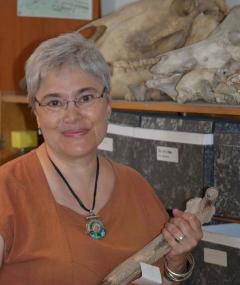 Alice M. Choyke
Associate Professor at the Department of Medieval Studies
Professor Choyke holds a PhD in Anthropology, Archaeology, and Cultural Ecology, and MA in Archaeology (State University of New York Binghamton).
She is an expert in bioarchaeology, particularly in the field of achaeozoology and the study of worked osseous materials from animals. She has been involved with a number of projects concerned with the way people in the past used material culture, especially objects derived from the animal body, in various forms of social discourse, and more generally with the relationship between people and their social and natural environment. She has 25 years’ experience with researching and presenting cultural heritage in a museum context.
Besides teaching courses related to her main research field, the interaction of past peoples and the social and natural world they are entangled with at a multiplicity of levels, she assists students in planning their thesis research and writing their thesis. 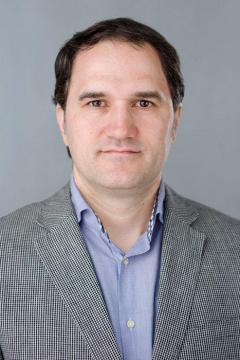 Constantin Iordachi
Professor at the Department of History
Professor Iordachi himself obtained his PhD at Central European University, in Comparative History after his MA studies in Bucharest and in the Institute of International Studies at the University of Leeds in International Relations.
His research interest covers museum studies, the history of the concept of national museums, and of the preservation and protection of cultural heritage, the formation of the concept. He organized a number of conferences in related topics, e.g. Representing Recent History: Museums of Communism; National Museums in a Changing Europe. Between 2003-2005, Iordachi worked as an analyst for CIMEC, Institute for Cultural Memory, Bucharest (http://www.cimec.ro), founded in March 1978. Between 2009 and 2013, Prof. Iordachi has served as a member of the Steering Committee of the EUNAMUS, which was dedicated to the histories, actualizations and futures for European national museums. Currently, Prof. Iordachi serves as a member of the Academic Committee of the House of European History, Brussels. 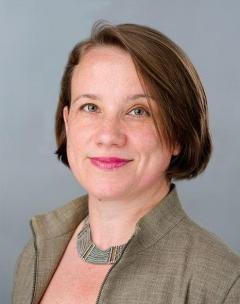 Alexandra Kowalski
Assistant Professor at the Department of Sociology and Social Anthropology
Professor Kowalski received her MA and PhD in Sociology (New York University), and more MA in Philosophy and Social Science Epistemology (LaSorbonne Paris-IV).  She explored the contemporary history of historic conservation in Western Europe in her doctoral thesis, with particular focus on France. Her current teaching and research interests center on the comparative history of cultural institutions such as heritage, museums, archives, and schools, and, more broadly, on the transformations of national states and politics in the post-national era and the problem of memory in modern society.
She teaches courses on cultural policy for the students of the Cultural Heritage Studies Program. 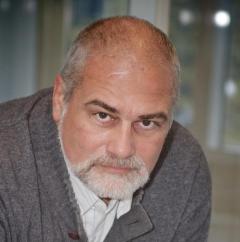 Ruben Mnatsakanian
Professor and Head of Department at the Department of Environmental Sciences and Policy
Professor Ruben Mnatsakanian earned his PhD at Moscow State University in Geography, and his MSc in Physical geography.
With the beginning of political changes in the former USSR he took active part in the establishment of independent ecological movement; with colleagues he founded the Association for the Support of Ecological Initiatives (ASEI) which was among the founding organisations of the Socio-Ecological Union. He has written many publications on environmental policy, ecology, pollution, and environmental impacts in the region. At the same time, he started working at the Soviet Cultural Foundation as an expert of the Center for Unique Historic and Cultural Territories. He worked as head of one of the departments at the newly established Russian Research Institute for Cultural and Natural Heritage in Moscow. Since 1996 Professor Mnatsakanian is the Head of the Collaborating Centre of the Global Environment Outlook (GEO) Project launched by UNEP (United Nations Environment Programme).
He participated in several international research projects, like EMUDE (Emerging Users Demands for Sustainable Solutions); SOBIO (Mobilizing European Social Research Potential in Support of Biodiversity and Ecosystem Management).
In the Cultural Heritage Studies Program he teaches courses on the protection, policy and management of environmental heritage and landscape.