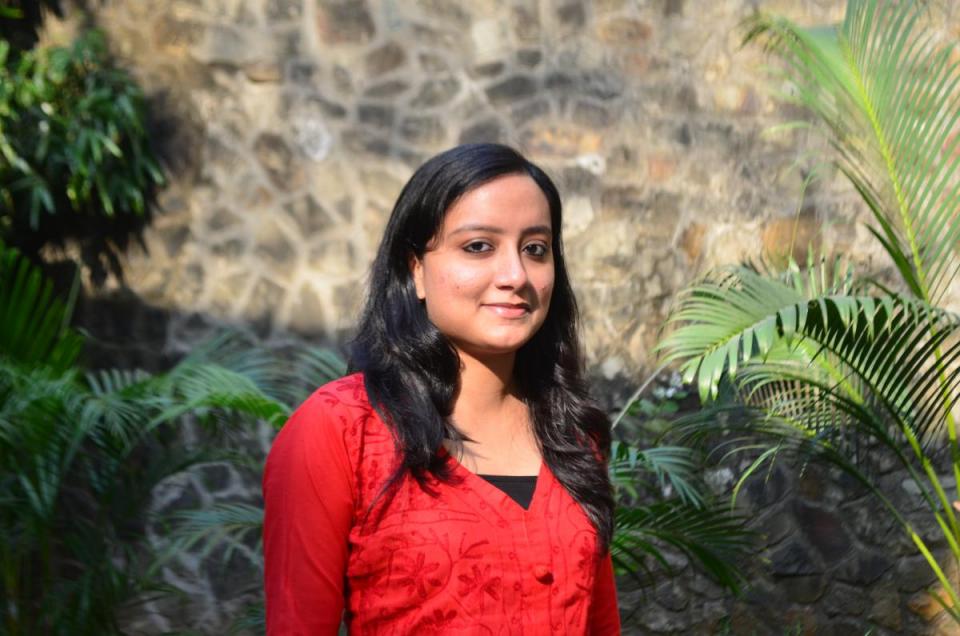 Emy received her BA in 2013, and MA in 2015, in English Language and Literature from the English and Foreign Languages University (EFLU), India. In 2017, she completed her MPhil in social sciences from Tata Institute of Social Sciences (TISS), India, where she dealt with historical documents from the late nineteenth and twentieth centuries. Her thesis, “Authority and Power of Church: A Study of Church Manuscripts (1880- 1950),” explores authority and power relations in the institutional formation of the Syrian Christian church in Kerala.
In 2018, she continued her studies at CEU, where she earned another MA in Medieval Studies with focusing on the vernacular manuscripts of Syrian Christians. In her thesis, “Christian Manuscripts of Kerala (India): Revisiting Popular Histories of the Syrian Christians in the Early Modern Period,” she dealt with eighteenth-century vernacular (local Grantha) church histories to compare and identify the similarities, problems, and errors in translation, demanding a revision of the existing popular history of the Syrian Christian community.
Emy is currently enrolled as a Ph.D. student in the Department of Medieval Studies, continuing her research on Syrian Christian church manuscripts in the vernacular (Garshuni Malayalam) and Syriac from the early modern period onwards. The main aim of her research is to investigate dissident movements among the Syrian Christians in India.