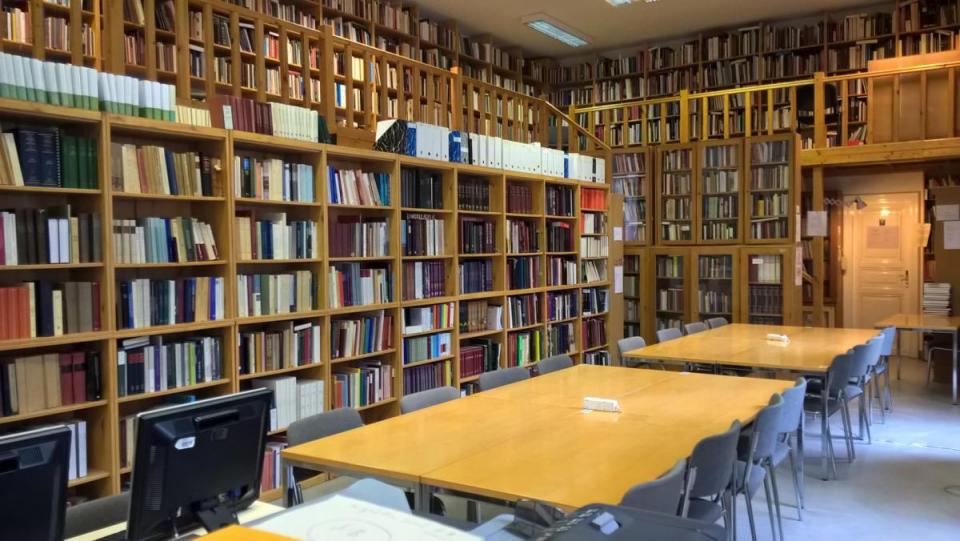 please be informed that due to unavoidable heating restrictions, the Medieval Library will only be open until 2 December according to the normal opening hours.

We apologise for any inconvenience caused.

In addition to offering the resources of the CEU Main Library, our Department has its own special library for medieval studies. The CEU-ELTE Medieval Library was established in an agreement between the Faculty of Humanities of Eötvös Loránd University (ELTE) and the Central European University (CEU) in 1992. It is open to the general public and endeavours to support the scholarly work of students of both universities. The collection of the Library is based on the Library of the Department of Medieval and Early Modern European History at ELTE and is enriched by acquisitions from both Universities.

The Library is one of the fastest-growing libraries in Hungary in the field of medieval studies. It currently holds 24 thousand volumes (and more than 4000 offprints) with some 2 thousand additional titles added each year to its collections. Among the new acquisitions one can find the latest books published in North America and Western Europe as well as recent publications on medieval topics from East Central and Eastern Europe.

The main aim of the Library is to collect publications on medieval Europe with special emphasis on:

Besides medieval European history, the Library intends to expand its collection in different fields of medieval studies, for example, archaeology, bio-archaeology, art history, literary history, historical anthropology, philosophy, and theology. In addition to its medieval collection, the Library houses limited collections on Late Antiquity and Early Modern European and Hungarian history. (Note: publications related to Ottoman studies are mostly to be found at the CEU Main Library.)

The major source publications in the Library are:

The Library has already received several book collections as donations:

Other donators to the Library:

All donations (books, offprints) to the Library are welcome.

The CEU-ELTE Medieval Library does not receive periodicals, since the readers can use the extensive periodical series of both Universities.

All suggestions for book acquisitions are welcome. Inquiries should be directed to medlib@ceu.edu

There is a photo-copy machine and digital scanner in the Library for the convenience of the readers. Wi-Fi access is also provided.

If you have any further question about the use of the Library, please contact the librarians or the curator of the Library (see above).