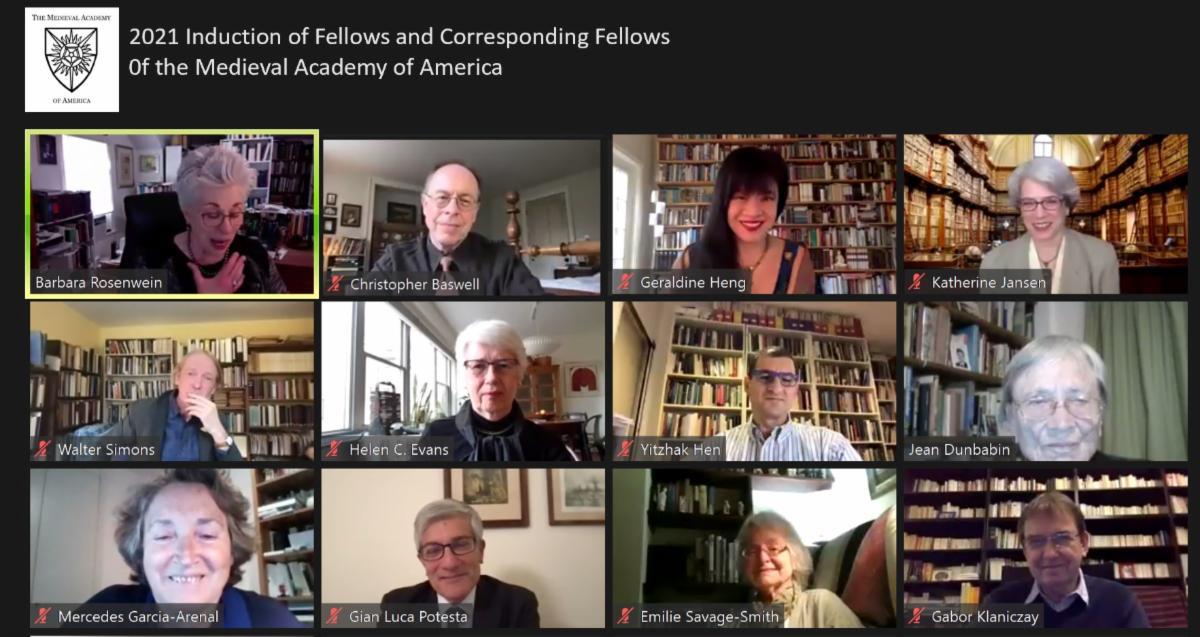 We are delighted to share the excellent news that our colleague and current Head of Department, Prof. Gábor Klaniczay, who was elected a Corresponding Fellow of the Medieval Academy of America in 2020, was officially inducted (online) to his position this April at the latest Annual Meeting of the Medieval Academy hosted by Indiana University Bloomington.

The Department would like to congratulate Prof. Klaniczay on receiving this honor for his achievements as an outstanding scholar and on the lasting impact he has made in the field of academia as well as his contribution to the success of the Department of Medieval Studies and Central European University itself.

Prof. Klaniczay has not only distinguished himself as one of the leading scholars of religious history in Central and Western Europe, including the history of witchcraft and the veneration of saints, but his legacy extends also to the dedicated mentorship of the numerous MA and PhD students whom he has supervised throughout his career and the students whose work he has followed in a more informal but equally engaged capacity.

You can watch his laudatio here together with the induction of the other Corresponding Fellows.

The Medieval Academy of America was founded in 1925 and it is one of the largest organizations of scholars of medieval studies with members from all across the world. The Academy elects its Fellows (from the U.S.) and Corresponding Fellows (from outside the U.S.) to recognize those exceptional members who have greatly advanced the field of medieval studies. Currently, the Academy has 67 Corresponding Fellows and Prof. Klaniczay is the only Hungarian scholar who holds this title.

You can read about induction of Prof. Klaniczay in Hungarian here.