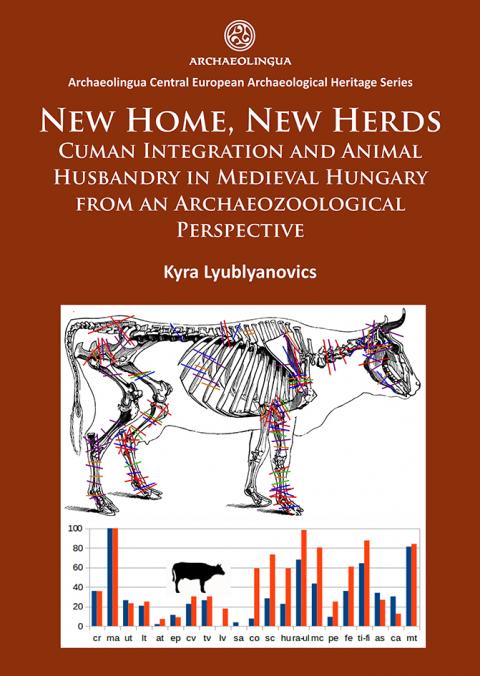 We are happy to let you know that the volume New Home, New Herds: Cuman Integration and Animal Husbandry in Medieval Hungary from an Archaeozoological Perspective by our alumna Kyra Lyublyanovics has been published at Archaeopress. The book is based on the author's dissertation that she defended at our department in 2015.

The Cumans, a people that inhabited the steppe zone in the medieval period and actively shaped the fate of the region from the Black Sea to the Carpathian Basin, have been primarily known to history as nomadic, mounted warriors. Some of them arrived in the Hungarian Kingdom in the mid-thirteenth century as a group of refugees fleeing the invading Mongol army and asked for asylum. In the course of three centuries they settled down in the kingdom, converted to Christianity, and were integrated into medieval Hungarian society.

This study collects all available information, historical, ethnographic and archaeological alike, on the animal husbandry aspect of the complex development of the Cuman population in medieval Hungary. Although this medieval minority has been in the focus of scholarly interest in the past decades, no attempt has been made so far to study their herds using interdisciplinary methods. The research of faunal assemblages through archaeozoological methods has the potential to reveal direct, and by other means, unavailable information on animal keeping practices, although this source of evidence often escapes scholarly attention in Central and Eastern Europe. This book combines a primary scientific dataset with historical information and interprets them within the framework of settlement history in order to investigate the manifold integration process of a medieval community.

Link:
The book at Archaeopress
Attachment: