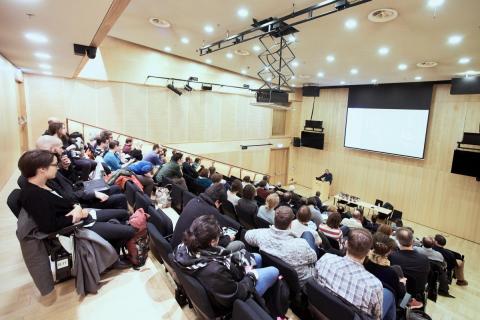 Since its launch in 2006, the Natalie Zemon Davis Annual Lecture Series has become a major event of every fall term at CEU, organized by the Department of Medieval Studies and the Department of History. Each year a world-famous historian is invited to give three talks on their current research topic; scholars such as Peter Burke and Dame Averil Cameron have been featured in the series in the past few years. In 2017, the lecture series were held the twelfth time; nine of the lecture cycles have already been published as separate books by CEU Press. The lecture series is regularly visited by important scholars of the field. Natalie Zemon Davis herself is a usual guest; she was also present at the event this November.

Read more about the event on the CEU main website.