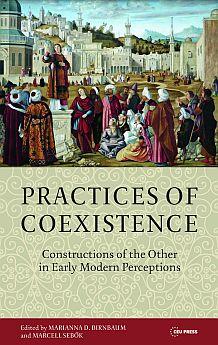 The volume Practices of Coexitence: Constructions os of the Other in Early Modern Perceptions, published at CEU Press in 2017, features contributions by Medieval Studies alumni. The book is edited by Marcell Sebők (departmental faculty) and Marianne D. Birnbaum (the department's frequent visiting professor).

The essays in this book provide interesting contributions to the ongoing debate concerning the representation of differing cultures, i.e., the “image of the Other” in the early modern period . They deal with images, projections, and perceptions, based on various experiences of coexistence. Although the individual contributions contain sources and references of iconography, this is not just another volume of art history or visual studies. As examples of practices in diverse historical contexts, the book includes a variety of textual material, such as literary productions, rhetorical exercises, dramatic applications, chronicles, epistles, and diary-like historical accounts that express ethnographic sensitivities. Thus, supported by a thorough research apparatus, these studies propose a new cultural history of the early modern coexistence of various communities, as identified in current research by young scholars.

Another novel feature of the volume is the deliberate digression of traditional scholars’ focus and the investigation of rarely examined regions and practices. This approach allows the contributors to spotlight their special areas of research and to share a fresh new look at “the Renaissance.”

Marianna D. Birnbaum is Research Professor in the Department of Germanic Languages at UCLA. She is also involved in the Medieval Studies Department’s programs at the Central European University, Budapest

Marcell Sebők is a cultural historian of the early modern period at the Department of Medieval Studies of Central European University, Budapest 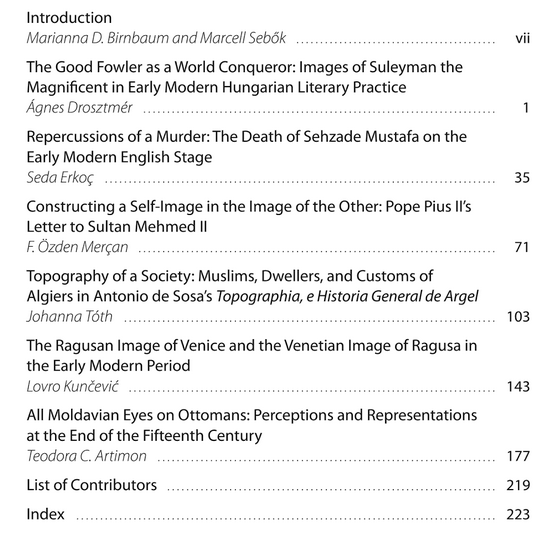