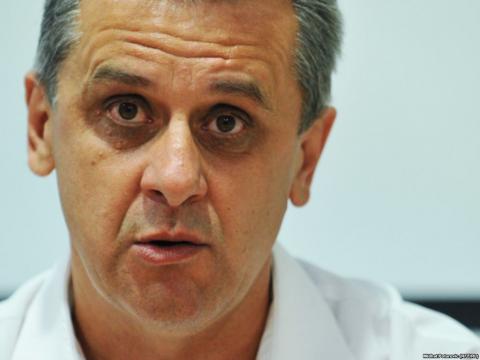 Prominent academician Dubravko Lovrenović died on January 17, 2017 in Sarajevo, after a long and difficult illness.

Dubravko Lovrenović was a professor at the Department of History of the Faculty of Humanities at the University of Sarajevo. He published extensively on Hungarian-Bosnian relations in the late Middle Ages, tombstones, stećci, and the Bosnian church as well as many other related fields of interest. He actively participated in international conferences and he was a guest professor at Yale in 2001/2002. In the summer semester 2004/2005 he held a scholarship at CEU. In 2007/2008 he received a Fulbright Foundation scholarship at the University of Chicago. Besides his many academic appointments, he was Deputy Minister of Education, Science, Culture and Sport of the Federal Government 2001-2003. He was also a Secretary of the Committee for Historical Studies at the Academy of Sciences and Arts of Bosnia and Herzegovina. He will be greatly missed.