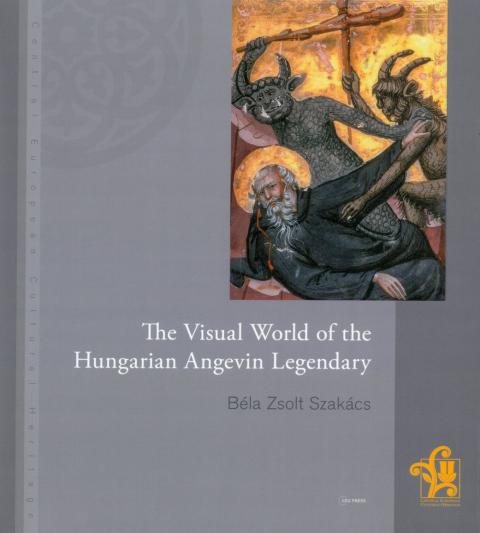 "Dispersed in two continents, four countries and six collections; many of its pages were cropped, cut into four, or lost forever; its history, origin, commissioner and audience are obscure; still, in its fragmented state it presents fifty-eight legends in abundant series of images, on folios fully covered by miniatures, richly gilded, using only one side of the fine parchment; a luxurious codex worthy of a ruler; a unique iconographic treasury of medieval legends; one of the most significant manuscripts of the medieval Hungarian Kingdom – these are all what we call the Hungarian Angevin Legendary.

The largest part of what remained of the codex was bound together in the eighteenth century in a volume housed in the Vatican Library. Some of the missing pages, often incomplete, have resurfaced in different parts of the world only to disappear again, finding their way into collections from the United States to Russia. Their common origin has only been discovered in the course of modern research. Those, who were privileged enough in the fourteenth century to page this codex, were probably interested in the identity of the saints they revered, their lives, and their accomplishments. For today’s observers, however, the primary role of the surviving codex pages is rather to illuminate the way people in the fourteenth century viewed them. This book seeks to answer these emerging questions through a study of the visual program of the Hungarian Angevin Legendary."

ABOUT THE SERIES
The culture of Central Europe represents an entity which is much less well defined but still keenly felt by the people experi-encing, enjoying, struggling, and surviving life there. This lack of clarity in cultural identity is connected to gaps in continuity resulting from the collisions of outside forces or internal struggles that which de-stroyed significant parts of the cultural heritage. For this reason, it is extremely relevant that an educational institution calling itself the Central European Univer-sity and its press should produce a new series that presents what might be de-scribed by people in the region as their cultural heritage. We intend to bring to this series a colorful palette of tangible and intangible heritage ranging from his-torical monuments, to cultural land-scapes, from folk music to contemporary urban art, from traditional craftsmanship to industrial sites. These large format books will display the cultural heritage of Central Europe in both words and color images designed to manifest the value of objects and ideas which may be less well known outside this region.

The next book of the series is expected to be published by the end of 2016.