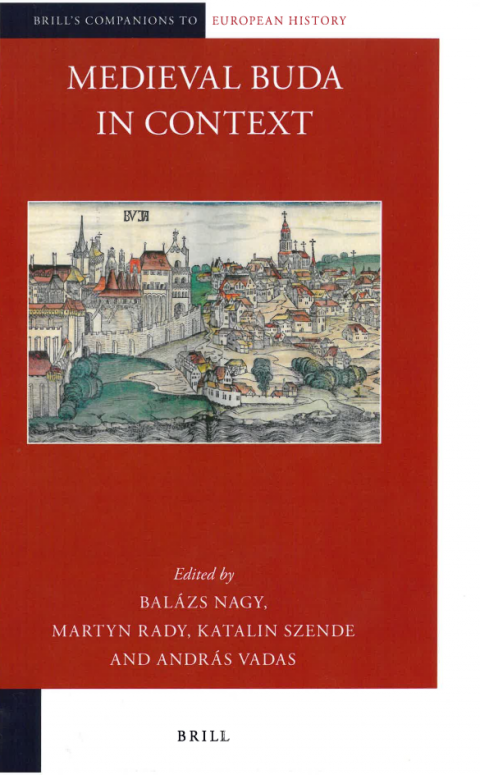 We are happy to announce that the volume Medieval Buda in Context, edited by our professors Katalin Szende and Balázs Nagy, our PhD student András Vadas, and Martyn Rady, has been published by Brill. The volume also features a number of the department's alumni as contributors.

Medieval Buda in Context discusses the character and development of Buda and its surroundings between the thirteenth and the sixteenth centuries, particularly its role as a royal center and capital city of the medieval Kingdom of Hungary. The twenty-one articles written by Hungarian and international scholars draw on a variety of primary sources: texts, both legal and literary; archaeological discoveries; architectural history; art history; and other studies of material culture. The essays also place Buda in the political, social, cultural and economic context of other contemporary central and eastern European cities. By bringing together the results of research undertaken in recent decades for an English-language readership, this volume offers new insights into urban history and the culture of Europe as a whole.

Link:
The book at Brill
Attachment: