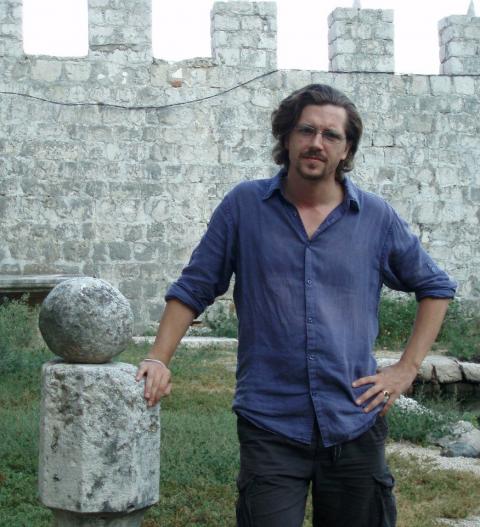 received his PhD in Medieval Studies from CEU in 2012, and is now a researcher at the Institute for Historical Sciences of the Croatian Academy of Sciences and Arts in Ragusa (Dubrovnik). The Institute specializes in the history of Ragusa, Dalmatia and the Mediterranean, and Lovro has been employed there since 2007. His main interests are the history of political ideas and institutions of medieval and early modern city-republics, primarily Ragusa and Venice. His PhD thesis - to be published by the Croatian Academy of Sciences and Arts - dealt with the discourses on collective identity in Ragusa, investigating the various ways in which Ragusans represented their city-state during its golden age (from 1350 to 1600). Lovro held scholarships at the University College London (UCL), Università Ca’ Foscari di Venezia and Geisteswissenschaftliche Zentrum Geschichte und Kultur Ostmitteleuropas (GWZO) in Leipzig. He has published with various publishers (HAZU, Brill, Cambridge University Press) on topics such as the republican ideology, diplomatic rhetoric, image of the other, and political institutions of medieval and renaissance Ragusa. Together with Gábor Kármán, another CEU alumnus, he has edited a volume The European Tributary States of the Ottoman Empire in the Sixteenth–Seventeenth Centuries which will be published by Brill in 2013. He has also taught courses of medieval history of South-Eastern Europe and the Mediterranean at the University of Zagreb and the University of Dubrovnik. His long-term project is a comparative study of social and political (in)stability of Mediterranean city-republics during the late medieval and early modern period.