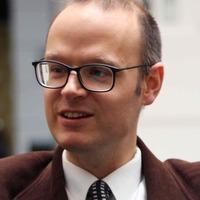 András Németh received his PhD in Medieval Studies from CEU in 2010, and is now a permanent curator of Greek manuscripts in the Biblioteca Apostolica Vaticana. The Vatican Library, inaugurated in the mid-fifteenth century under Popes Nicholas V and Sixtus IV, owns the largest holdings of medieval manuscripts and documents worldwide and attracts researchers of all disciplines from around the globe. Previously, Németh was a post-doctoral research fellow at the Max Planck Institute for the History of Science in Berlin and a research associate in the manuscript department at the National Széchényi Library Budapest, where he played a leading role in producing the splendid facsimile of the famous Ottonian Apollonius pictus. Németh defended his groundbreaking dissertation on the so-called 'historical excerpts' of Byzantine emperor Constantine VII Porphyrogennetos – the first to revisit the manuscript evidence in decades – in 2010, which he prepares for publication as a monograph with Cambridge University Press. He chose CEU because, “unlike other universities in the region, CEU was to open a wide window onto the academic world, to stimulate dialogue between different national and disciplinary traditions, to encourage students to surpass their own boundaries, and to create everlasting friendships between scholars across the region and far beyond.”