Annual of Medieval Studies at CEU 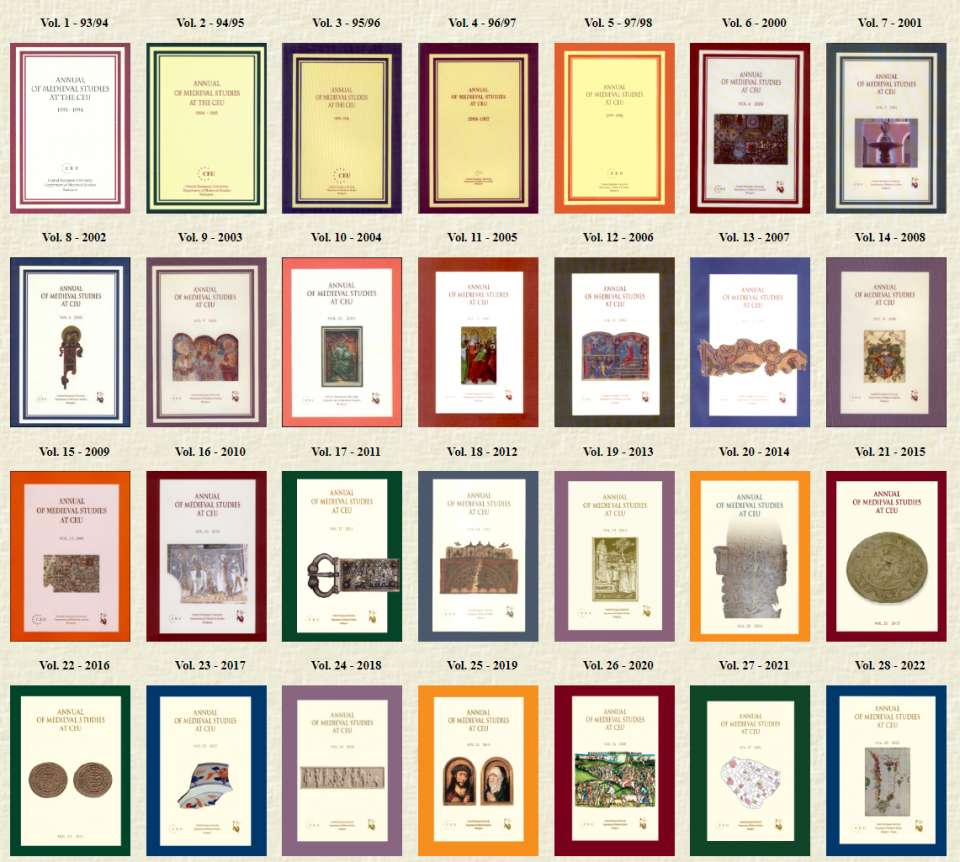 Annual of Medieval Studies at CEU – our alumni/ae journal

The volumes of the Annual of Medieval Studies at CEU offer articles on various aspects of the history of the fields of research pursued in the Department – with a traditional focus on Central and South-Eastern Europe in the Middle Ages, including Byzantium – and provide summary articles of the MA theses and PhD dissertations defended in the Department in recent academic years.
The first volume was published in 1995; volume 20 (2014) proudly celebrated the Department's twentieth anniversary.

'The Annual of Medieval Studies at CEU, more than any comparable annual, accomplishes the two-fold task of simultaneously publishing important scholarship and informing the wider community of the breadth of intellectual activities of the Department of Medieval Studies. And what a breadth it is: Across the years, to the core focus on medieval Central Europe have been added the entire range from Late Antiquity till the Early Modern Period, the intellectual history of the Eastern Mediterranean, Asian history, and cultural heritage studies. I look forward each summer to receiving my copy.'

'Every year when I open the Annual of the Medieval Studies Department of the Central European University I unfold a map of Europe, a true wide map as I have always deeply wished it to be, now come true. I know, leafing its pages, that I can move through the holy fools of Russia to the urban ceremonials of the Baltic cities, to pilgrimages in the Balkans and in Scandinavia, to a whole richness marvellously opened up for me. It’s something to which I have in recent decades been deeply grateful. It is one of those dreams which I never dared to think, when rising in the mid-1960s, would become so marvellously true.'