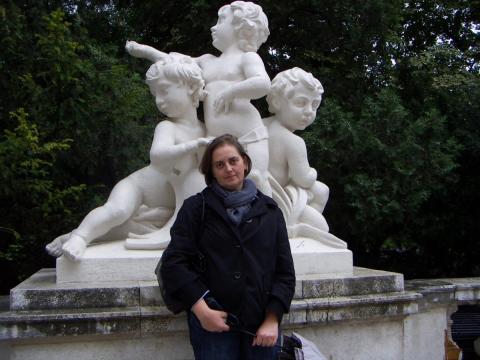 Nada Zečević received her PhD degree at the Medieval Studies Department in 2004, with a focus on the Italian Tocco family in Latin Greece. In her scholarly career, she has held the positions of a teaching assistant at the History Department of the Faculty of Philosophy of the University of Priština, and junior and senior research fellow with the Institute of Byzantine Studies of the Serbian Academy of Sciences and Arts in Belgrade (Serbia). Between 2008 and 2011 she was affiliated with the Institute of International Education’s European Office in Budapest, where she specialized in the development and administration of exchange programs in higher education, with a special focus on interreligious dialogue. Since 2011, Nada is teaching medieval history and Latin language at the Faculty of Philosophy, University of East Sarajevo (Bosnia-Herzegovina). She is the author of monographs "The Tocco of the Greek Realm: nobility, power and migration in Latin Greece, fourtheenth and fifteenth centuries" (Belgrade – East Sarajevo, 2014) and "Vizantija i Goti na Balkanu u IV i V veku" (Byzantium and the Goths in the IV-V centuries, Belgrade, 2002), and the contributor to the "Oxford Dictionary of the Middle Ages." Nada also serves as the acquisition editor for the monograph series "Central Medieval European Studies" with the Amsterdam University Press, and "The Black Sea World" with the ARC Humanities Press. Nada is the member of the Society for the Promotion of Byzantine Studies and CARMEN. Her recent scholarly interests cover Latin Greece, Late Crusades, Humanist networks, and development of digital medieval resources. https://medievalstudies.ceu.edu/article/2015-05-26/nada-zecevic