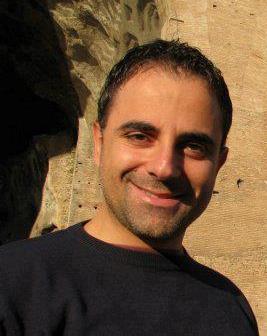 Fabrizio Conti, teaches Medieval Christianity and Magic and Witchcraft in Early Modern Europe in the Department of History at the Ohio State University - Columbus (US) in Spring 2015.
Fabrizio is a graduate in the Humanities from the University of Rome “La Sapienza”, with degrees from the School of the Vatican Secret Archive and the Pontifical Institute for Christian Archeology in Rome, and earned his PhD at CEU (Medieval Studies) in 2011. In his thesis Fabrizio focused on the pastoral model for classifying “superstition” elaborated by some little studied Milanese Observant Franciscan preachers and confessors at the end of the fifteenth century, and within that he reconstructed their original skeptical approach towards witchcraft, which ultimately generated open contrast between Franciscans and Dominicans. His first book titled Witchcraft and Superstition in Renaissance Milan: The Pastoral Approach of Observant Franciscans (Brepols) is forthcoming in 2015. Besides this, Fabrizio has several articles published or accepted in peer reviewed academic journals and conference proceedings; has been presenting at numerous conferences both in Europe and in North America; has been delivering lectures in a number of universities and colleges, such as the ELTE Department of Italian Languague and Literature (Budapest), Ouachita Baptist University (Arkansas, US), Middlebury College (Vermont, US), the University of Dallas - Rome Campus (Italy). Fabrizio also got a Master’s in marketing management in 2003.