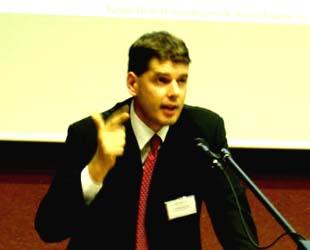 Előd Nemerkényi is a graduate of Classics, Medieval Studies, and History. Specializing in Medieval Latin and the classical tradition in the Middle Ages, he received his PhD in Medieval Studies in 2004. The revised version of his doctoral dissertation on Latin Classics in Medieval Hungary: Eleventh Century was published jointly by the Department of Classical Philology at the University of Debrecen and the Department of Medieval Studies at Central European University. From 2004 to 2007, he held a postdoctoral teaching position in Classical Latin and Medieval Latin at the University of Budapest. From 2007 to 2010, he held a Bolyai research fellowship from the Hungarian Academy of Sciences. Results of his postdoctoral research were published in the Journal of Medieval Latin, Filologia Mediolatina, Mittellateinisches Jahrbuch, Classica et Mediaevalia, and Peritia. He currently works as an assistant of international affairs at the Hungarian Scientific Research Fund.