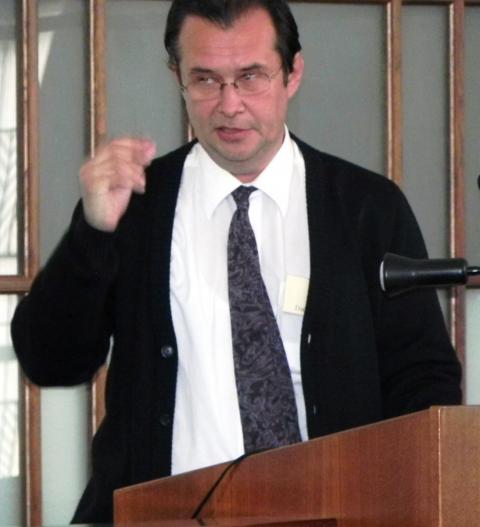 Damir Karbić graduated in history and archaeology at the Faculty of Humanities and Social Sciences of the University of Zagreb (1988) and continued his education at the Department of Medieval Studies of the CEU (1993-2000), where he defended his PhD Thesis on the history of Croatian noble kindred of the Šubići in 2000. From 1988 he is employed in the Department of Historical Research of the Institute of Historical and Social Sciences of the Croatian Academy of Sciences and Arts. He is currently the head of that department with the academic rank of research coordinator. Between 2001 and 2009 he taught medieval history and study of history at the Centre for Croatian Studies of the University of Zagreb.

The field of his professional interest is medieval social history with particular emphasis on the history of nobility and peasantry, mostly in the territory of medieval Croatia and Dalmatia. He also works on publishing of sources for medieval history (notary and chapter registers, charters, chronicles, legal sources).

He participated at a number of international scholarly conferences and congresses and published various articles and several books. He still hopes to publish his PhD one day. Damir is one of the editors (alongside some other alumni of the Medieval Studies Department) of the new History of Croatians (in seven volumes).